Not gonna lie.  If you are sick and I can see that, I will turn and head in the opposite direction.

Don't take it personally, but you're evil, riddled with virus and I don't want your flu cooties.

I know it sounds over the top, but I don't want to be sick and I'm sure you don't wan to be either. But the truth is, the flu can be dangerous and being part of it's "spread" is not where I want to be.  With that said, there are some myths that go along with it.  Read on... 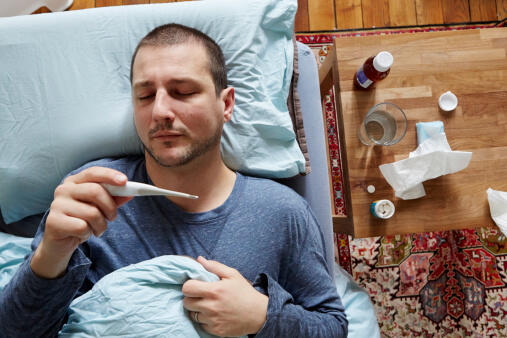 Last year, 34 million Americans got the flu, 710,000 were hospitalized, and about 56,000 died.  To put that in perspective, the flu kills more people in the U.S. each year than the Ebola virus has killed in the history of the world.

Myth #2.  "A healthy lifestyle will protect you against the flu."

It won't hurt, but it might not be as big of a help as you'd think.  Washing your hands and eating right are important, but you cannot completely stop an airborne virus with a healthy lifestyle alone.

Since the flu is a viral infection, antibiotics aren't effective against it.  The antiviral drug Tamiflu IS an option, but it's not effective for everyone and isn't a cure.

It doesn't matter if it happened to your best friend's cousin's dog groomer.  It's NOT possible to catch the flu from the flu shot.

It IS true that some people feel sick shortly after getting the vaccine, but it's either because they're having a bad reaction to the shot . . . or they had already caught the virus and weren't showing symptoms when they got vaccinated.

It's true that flu season loses steam in February and it can take up to two weeks for the immunity to kick in, but it's never too late to get your shots. 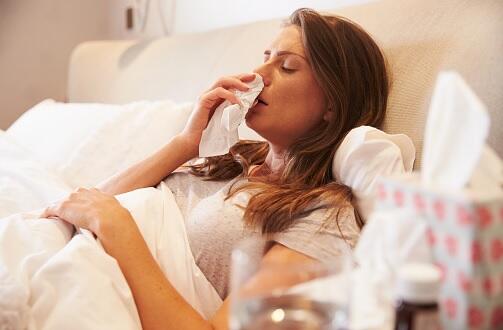