There's always some facts and oddities you can use to wow your friends or use to win bar bets. Personally, I'm impressed that the team wearing "white" has such a solid record in the game.

At this point, it seems like Tom Brady and the New England Patriots have ALL the Super Bowl records, but there IS some uncharted territory this year . . . if the Patriots win, Brady will break an incredible 51-year "curse."

Here's the deal:  NO quarterback has ever led the league in passing, AND went on to win the Super Bowl. But Brady led the NFL with 4,577 passing yards this season, so it could happen this year.

The top quarterback has made the Super Bowl five times in history . . . including Brady in 2007 . . . but they've all LOST.  Brady lost to the Giants that year.

Here are 10 other interesting stats about the Super Bowl:

1.  Brady is 40 and coach Bill Belichick is 65.  They're a combined 105 years old, which will be the oldest age for any starting quarterback-head coach combination in Super Bowl history.

2.  The Eagles will wear green jerseys, and the Patriots will wear white.  That's a good sign for New England, because teams wearing white are 33-18 in the Super Bowl.  And 12 of the past 13 winners have worn white.

3.  Entering this game, Tom Brady has played in seven Super Bowls in his career, which is the same number as the entire Eagles roster combined.

4.  Eagles quarterback Nick Foles only started three games in the regular season, because he wasn't in the lineup until Carson Wentz got injured.

Only TWO quarterbacks have started in a Super Bowl after having fewer regular season starts that season: Doug Williams of the Washington Redskins in 1987 and Jeff Hostetler of the New York Giants in 1990. Both started only two games during the regular season . . . and both WON the Super Bowl.

5.  It isn't really surprising that the Patriots and the Eagles are in the Super Bowl.  Since 2013, nine of the last 10 #1 seeds from each conference made it to the big game.  The only exception was the Dallas Cowboys, who were #1 in the NFC last year, but were booted from the playoffs by the Packers.  The Falcons ended up representing the NFC in the Super Bowl.

6.  The Patriots have played in seven Super Bowls under Belichick.  And win or lose, they've never once scored in the first quarter.  They are 5-2 in those games.

7.  Should Nick Foles lead Philadelphia to a victory, he'd become the first quarterback to begin the season as a backup and then lead his team to a Lombardi Trophy since . . . Tom Brady in 2001.

8.  And if the Eagles win, they'd be the 4th team in NFL history to win the Super Bowl after having a losing record in the previous season.  They were 7-9 last year.

9.  According to a WalletHub survey, 15% of people say they'd bet on the Super Bowl if it were legal, which seems a little low.  Because in the SAME survey, 92% of adults have admitted to losing money while betting on the Super Bowl. 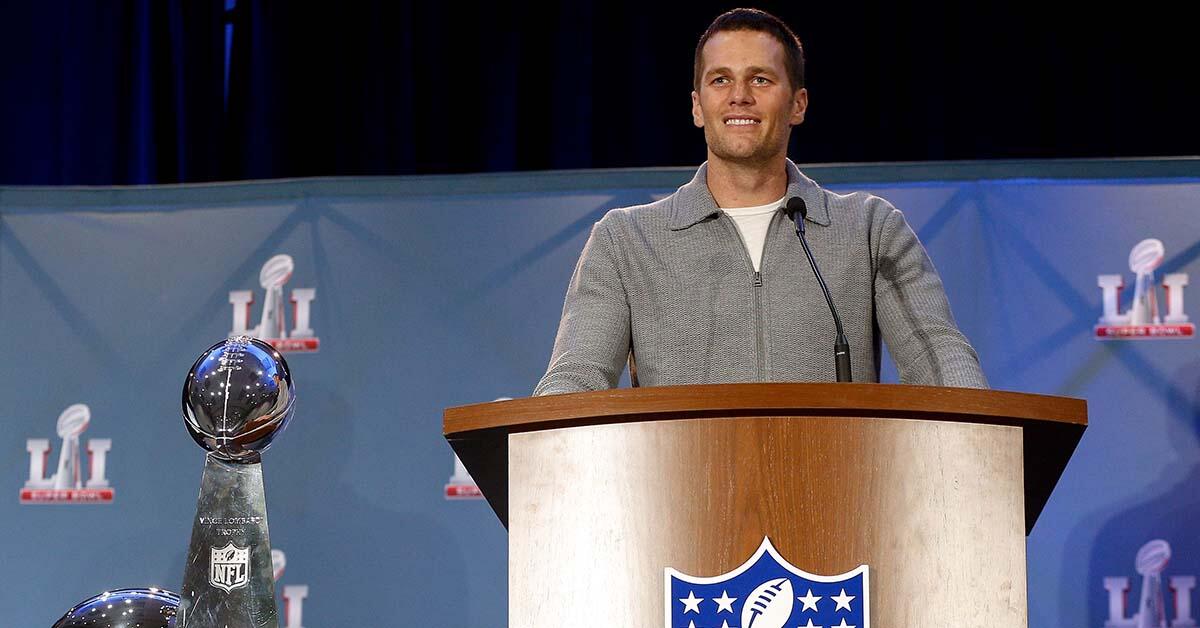